Since around one year ago, RapidCompact supports the PBR Next material extensions. These include Clear Coat, Transmission and Sheen. With June’s Model of the Month, we want to share with you the possibilities of Sheen Support for 3D models.

The KHR_materials_sheen extension provides two channels: sheen roughness and sheen color. By using them, it simulates the interaction of light with microfibers of cloth. This does not mean that it is exclusively useful for apparel. In fact, one of the main uses of Sheen is for furniture, like our June Sheen Sofa.

During the optimization, the model was first decimated from 170K to 4K polygons. In order to make the mesh as compact as possible, Draco Compression was applied too. 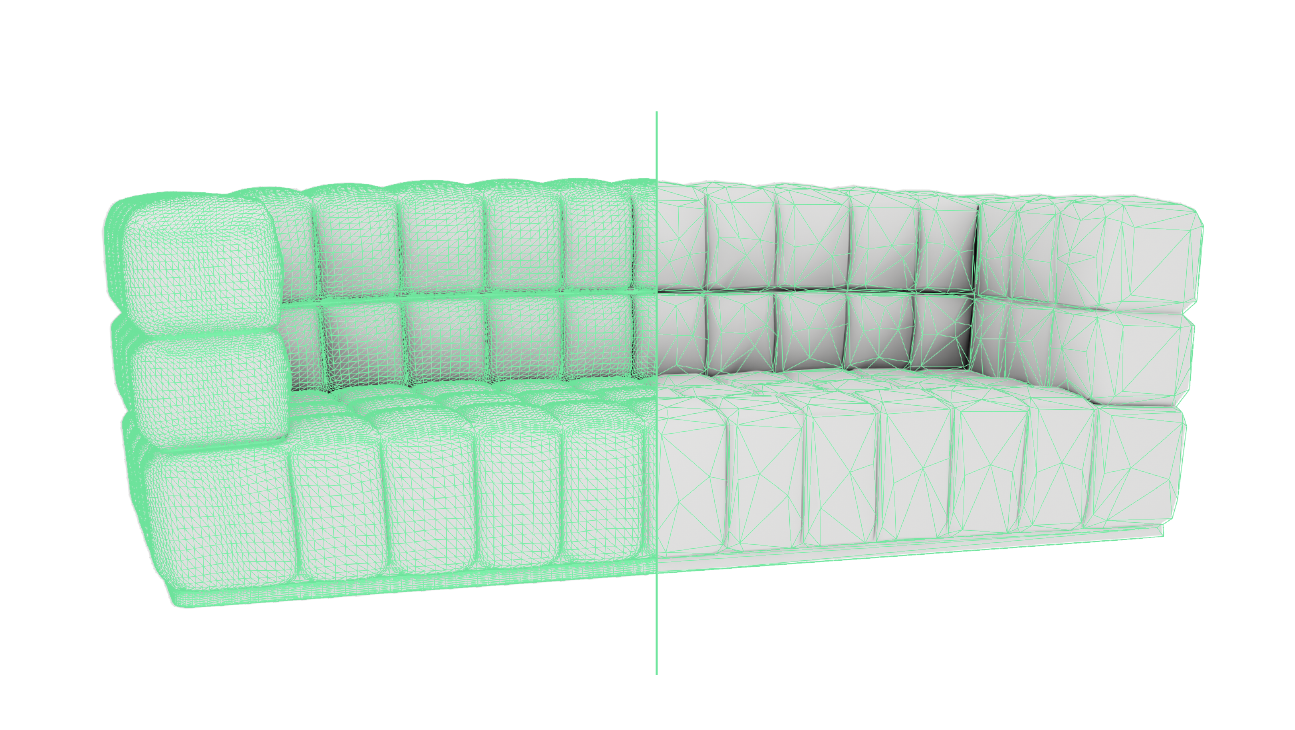 Later on, the textures were optimized using the Atlas Baking Workflow. Without any extra steps, the RapidCompact Cloud was able to keep the Sheen during the baking process. In addition to this, the lights included in the model were also supported thanks to the Punctual Lights Extension. We decided to bake an Ambient Oclussion map to give the model a better look as well.

After the optimization, the originally 50.5MB model became just 1.99MB. You can take a look at how it looked like in the end here.

Want to learn more about the extensions from the Khronos Group? Our first Model of the Month deals with the KHR extensions transmission and puctual light support.

Teresa is a 3D artist and responsible for QA at DGG. Working with leading retailers, DGG is on a mission to automate 3D asset optimization workflows for Web, mobile and XR targets - for e-commerce, and beyond. Teresa is currently completing her studies in Animation & Game in the Hochschule Darmstadt and her field of expertise is character and environment 3D Art, as well as Technical Art.

Try the free demo or get in touch!

Upload and process 3D models with the free web demo or get in touch if you have any question. We´re happy to help…